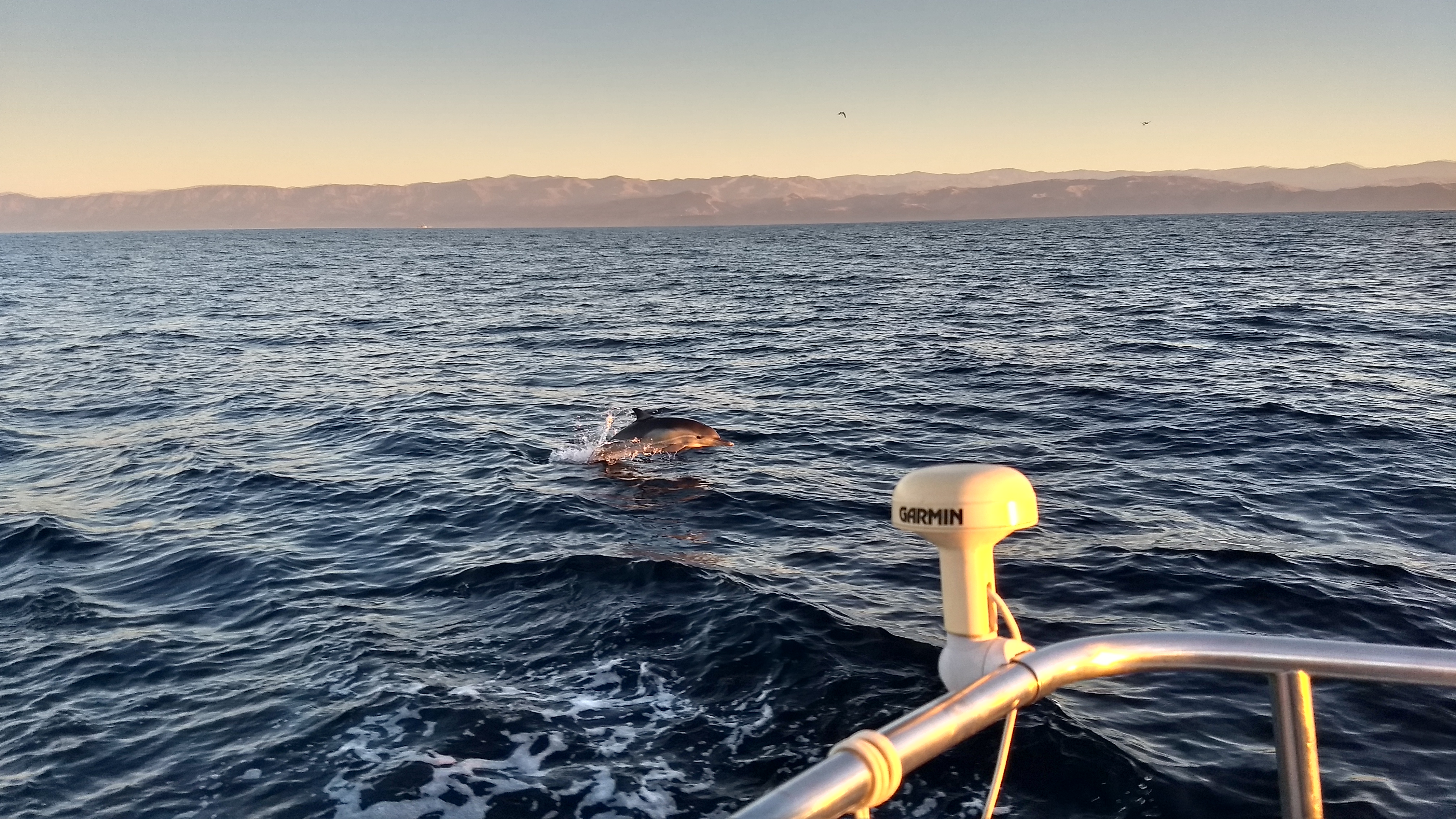 We had to wait for the gale to pass through in Morro Bay and we lost two days. This normally gives us a totally enjoyable stay in a nice town that we like, however we are stressed as we have to leave the US in a week.

There are multiple ports between Morro Bay and Los Angeles. There is Santa Barbara: another city we both liked and wanted to arrive by the sea. Marie's first visit to the US was for a summer school in Santa Barbara which opened the doors to her job in Berkeley. There is Ventura: a city we haven't been to before but we know a sailor couple who moved there from Berkeley. They kindly invited us and it would be very nice to see some familiar sailors in a distant harbor. There is also Channel islands which is the prime cruising destination in the area. Marie had spotted an anchorage that wouldn't be a big detour from our sail to LA.

Unfortunately, there is no time for any of this anymore. We started thinking about a direct jump from Morro Bay to Marina del Rey. 170 nautical miles. Forecast looked mild. If there is enough wind that we make 4 knots of speed, we sail. Otherwise, we motor. Depending on how much we sail we should make it in less than 48 hours.

We left Morro Bay with a nice tidal current helping us out on Wednesday (Jan 20) at 8:30 in the morning. The first point that we need to pass is only 8 miles away and it's called Point Buchon. I don't know how you read it but it's close enough that we read it as Point Bouchon. This point was the action point of this entire leg. We had to go on a close reach in 20 to 25 knots, for maybe 2 hours we were in this condition. Glad that we were fresh and well rested. We were expecting this wind and it was supposed to be short lived. It was around noon time we shook out our reefs and had to motor later.

In the afternoon, a fresh north breeze (the prevailing wind for this coast) filled in and we started making a very good progress towards Point Conception, aka Cape Horn of the Pacific coast. This is the gate to Southern California but we are a little scared/cautious as it's known to blow strong winds and the conditions can change very quickly.

It was a clear day and we can see Point Arguelo (the point just north of Point Conception) the entire time. But unfortunately it was dark when we finally spotted the Point Conception lighthouse. The wind completely died with the setting sun and we started motoring. It was very comfortable to sleep as we also started our 3 hour shifts by this time. The boat is mostly flat, a constant engine noise which actually makes sleeping easier as it covers all the creaking and banging sounds. And we know deep down that we're making good progress towards our goal.

The morning was warm, comfortable and cheerful. Since we motored the whole night, our ETA improved. We were going to make a landfall that day, potentially before dark. We put on our warm Southern California clothes on (shorts and flip flops) and watched the dolphins dance around Tire Bouchon.

We tied to Marina del Rey guest docks by 5PM on Thursday. Difficulties of boating in LA was about to hit us. But that night, it was family time. I finally reunite with my sister. Even though it is temporary, we were both looking forward to it for a long time. There is so much to catch-up.

Since there was nobody to sign us in to the guest dock, we had to lock ourselves out of the dock hoping that the county run park office can sign us in the next morning.