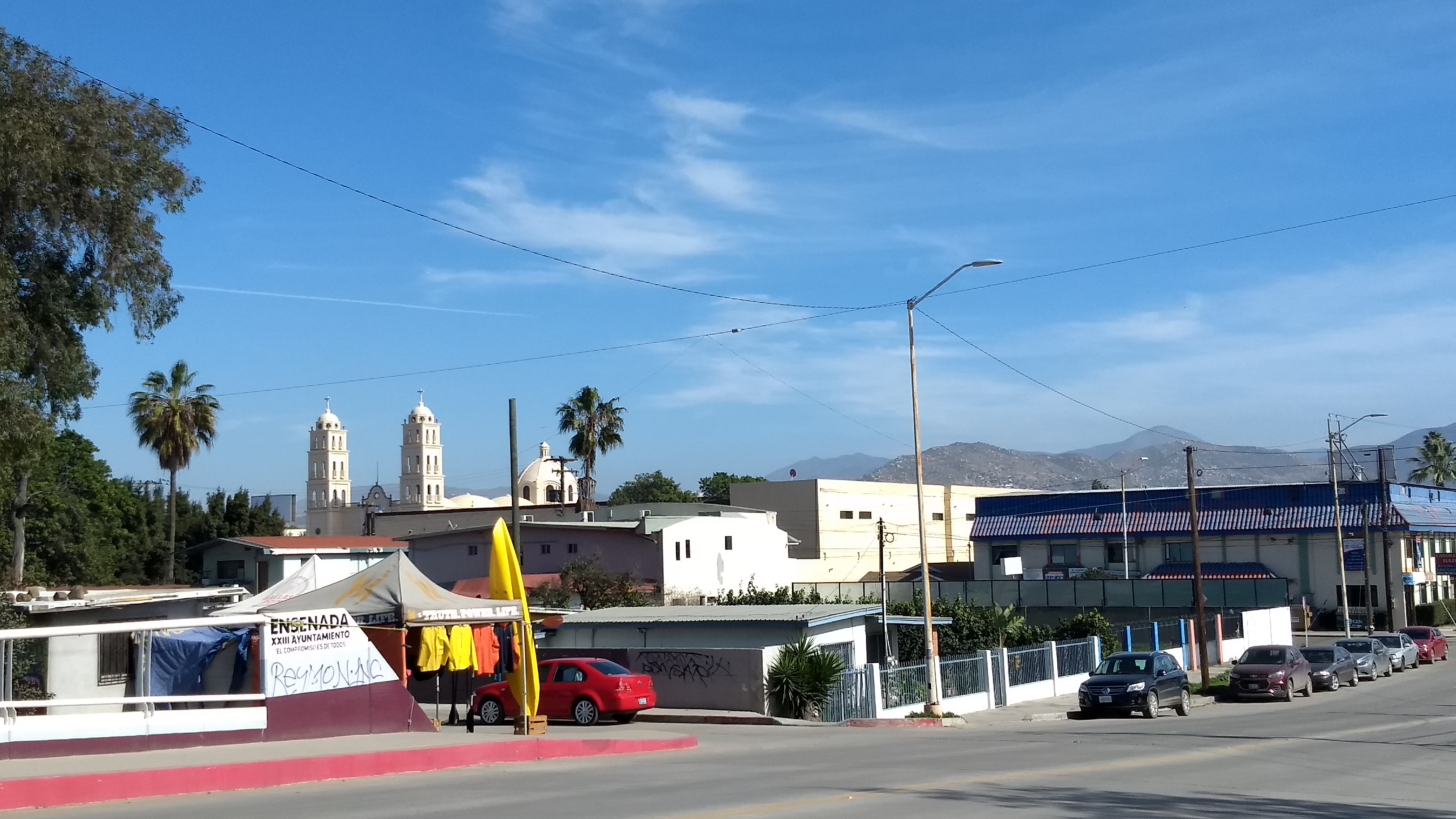 Our little Garmin dot hasn't moved for a while, and our sails rest comfortably (but sadly) in their lazy bag (not that we are lazy, but it's the technical name of the bag ^^) as we made landfall in Ensenada, on the D2 slip of Baja Naval marina. We are staying here for a couple weeks to deal with arrival formalities on the Mexican territory (which turned out to be more complex than what one would reasonably expect), to wrap up miscellaneous work items that have been postponed due to our rush to leave the US and to finish upgrading Tire Bouchon (and ourselves) for the less urban, wilder cruising that we are looking forward to experience. This is also the chance for us to learn about how to go by in Mexico, discover how things work around here and practice our novice Spanish and see how far it brings us...

Here are our first impressions one week or so after we were released on the Mexican soil (disembarking shenanigans over here**).

Impressions on the city

Overall, the city looked a little more beat up than what we had both imagined, but part of it may be just the sand in the street probably coming from the surrounding desert landscapes. Some parts look really North American with 7-eleven stores, a Carl's Junior fast-food and the right turn on red lights (unlike in Turkey and France), some parts are more stereotypical (or compare better to what we imagined), like this street with palm trees and a dressed-up musician carrying back his instrument to his car at the end of the day. Yet, it's not uncommon to see large holes on the pavement.

In this picture, you can also see the universal tendance that people have to display Eiffel towers everywhere!! There is a Eiffel hotel in Ensenada and I counted close to a dozen randomly displayed Eiffel towers throughout the town during our first couple of days wondering. Same observations had been made in previous trips in Australia, Russia, Japon... WTF World!?

Crossing the street diagonally In addition to the red light turn, some intersection have pedestrian light to cross diagonally. Smart, but surprising the first time! Does it qualify as "karşıdan karşıya çapraz geçmek"?

Generally speaking, people are "warmer" (despite my (bad) joke that we must be at the same temperature which is taken fairly frequently on stores or to go back to the marina zone). But there is a Mediterranean vibe to the place, with more extensive salutations and people cheering one another as they walk by stores in the street. Compared to the US, there are also more people just walking around in the street to go somewhere or just chilling. Still a lot of getting used to for us, but we are getting the hang of it slowly, and realizing how we have changed in between French and North American culture for me and Turkish and North American for Yalçın. Last fun thing, after all these years being asked where we are from because of our foreign accents, we now look like perfect Gringos in such a border town, as we speak English among one another!

And I forgot to mention: